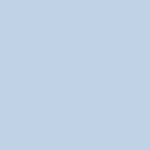 Currently, Kyle is a Sound Designer at VICE MEDIA, a former Director of Media Learning) at Howard University.  Kyle’s path took him down a slightly different road than his uncle, as his interest in music and the creativity he demonstrated as a Radio Production student landed him internships, that subsequently became jobs, at a variety of local radio stations and… Read more →

“Hi, who are you? with K-Murdock

I have been humbled to collab with K-Murdock(hip hop producer for PANACEA/for those not in the know)for an interview, by the way, K-Murdock IS the surprise contributor i was hinting at last month, so expect editorials/etc on subjects of his choice from time to time! Again, thanks for your time to do this K. goodwill: what concepts (record wise) have… Read more →